I’m on a few super gear-nerdy and G.A.S.-educing groups on Facebook.  To the Awesome Cheap Guitars group, I recently posed this question:

So,what awesome cheap guitar moves have you pulled on stage? I’m a horrible guitar player, but I can wow a crowd with some flash, flair, and goofy-looking guitars. I’m guilty of the checked following…

☑ Playing behind the head.
☑ Playing while squatting with guitar in between knees, reaching arm through legs from behind.
☑ Playing while falling/laying down.
☑ Dropping-trou and continuing to play.
☑ Playing on knees bending back until head almost touches the ground.
☑ Sad 80’s dance move with shuffling feet while playing.
☑ Playing on chairs.
☑ Playing on tables.
☐ Playing on the bar.
☑ Walking outside & in another door if possible with a wireless.
☑ Sitting in a seat with a wireless.
☑ Stage-diving.
☑ The Chuck Berry/Angus Young walk.
☑ Switching instruments mid song.
☐ Using a beer bottle as a slide.
☑ Using a mic stand as a slide.
☐ Blowing bubblegum bubbles. (Like Doyle.)
☑ Drinking mid song.
☑ Injuring a band mate by accident. (I chipped the lead-singer/bass player’s tooth.)
☐ Injuring a band mate on purpose.
☑ Improvising a mic stand out of duct tape, a hockey stick, & gatorade bottles. (Hey, we were playing at a dek-hockey rink.)
☐ Playing on someone’s shoulders.
☐ Playing while someone is on your shoulders.
☑ Playing from behind a wooden bear statue with the guitar on the front of the bear.
☐ Putting a lit cigarette under the strings in the headstock.
☐ The amp-hump. (Like Jimi.)
☑ The guitar-as-a-phallic-symbol air-hump. (Like Rex from the Lone Rangers  in Airheads.)
☐ The guitar toss – Badass edition. (Like Prince – also, check out the falling into the crowd move!!!)
☐ The guitar toss – Oops edition. (Like Prince with the borrowed Epiphone or Krist Novoselic on MTV.)
☐ The guitar toss – Someone else catches & starts playing.
☐ Smoke-bombs. (Like Ace Frehley.)
☐ Set Fire to the guitar. (Like Jimi.)
☐ The windmill. (Like Pete.)
☑ The powerslide.
☑ The failed powerslide.
☐ Swinging from the rafters. (Hard to do while actually playing? This dude did it.)
☐ The “‘round the world” spin.
☐ The failed “round the world” spin.
☑ Yelling out a second story window mid-set for people to come into the bar.
☐ The “nyah-nyah you can’t see me” EVH turn-around.
☐ The flying karate kick.
☑ On the knees.
☐ On top of a piano. (Like Slash.)
☑ Dancing with the crowd.
☑ Duel of the Fates – using another musician’s fretboard as a slide.
☑ The salute – All in the air.
☑ The Poison-ish choreographed lean.
☑ Lean on a bandmate.
☑ Lean into a bandmate.

I know there are more.  I know photos & videos exist of some of these with me.   I know this post can get goofy. Please, I implore you to share your moves, including videos, animated gifs, and photos in the comments!  This kind of stuff is hilariously entertaining to me.

Now, for the self-indulgence:

Lean back ’til you can’t no mo’ 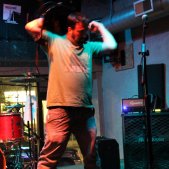 Behind the Dome (Again) 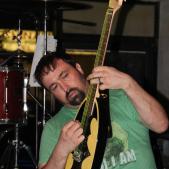 The other choreographed lean 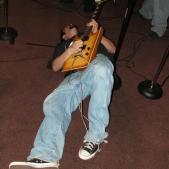 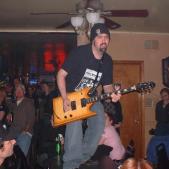 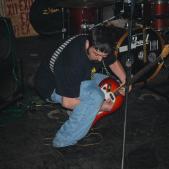 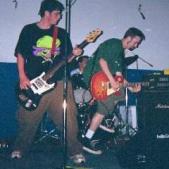 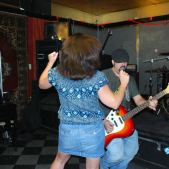 Dance with the crowd! 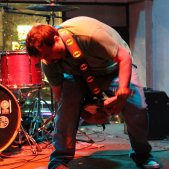 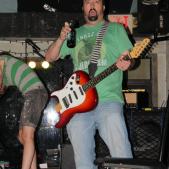 Attention, bear-f__ker, do you require assistance? 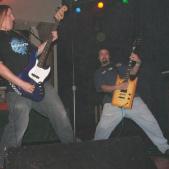 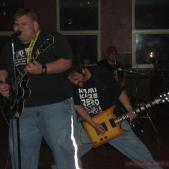 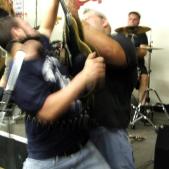 Duel of the fates 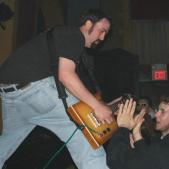 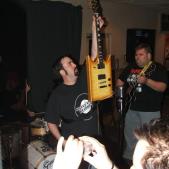 Listen to that sustain 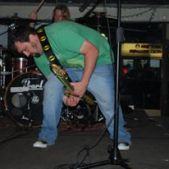 Nailed it.
Game over, man! ☕
These are not the same by any stretch of the imagination.
Haven't drawn one in a while.
If you know, you know.
A turn at goal! ⚽️🥅
Soccer shenanigans! ⚽️
My wife bought the @Target brand knockoff @totinos #pizzarolls and I don't know what I even did to be punished like this... but I am SO sorry. How do I make it up to her without even knowing my original offense?
So, @bcarroll_13 says Molly sounds like @melynda412 here and I can't say I disagree. 🤣
😈🥚🥚🥚
Working today so I'll miss the game, but got to see this dude practice hard last night!
Stolen from @worst.david!