Yinz like chili?  I do.  I haven’t made any for a long time.  I may need to change that.  I stole this (& modified it) from my never-used Cookpendium blog.  My writing has hopefully improved since then.  Maybe not.  I like a tamer chili that would appeal to a wide variety of people to add heat as they like.  I like it thick enough to make a spoon stand.  I can take or leave the beans, and I reject your debatable elitist visions of chili or what it ought to be.

I ought to try and make a new batch using only stuff I buy at Aldi.

How do you make yours?

[Originally from a post at (the now defunct) PittsburghBeat.com, here’s a few consolidated chili recipe/methods…]

I’ve never made chili before, and in researching, I came across 50 billion recipes. So, this morning I made my own in the crock pot…

…and I slapped it into the crock pot on low for 8 hours.

Hope it tastes good when I get home. I’ve got shredded cheddar cheese for the top of it, & Super-Pretzels to go along with it. They always served pretzels & chili in my elementary school cafeteria so they belong together in my warped mind.

Most of them use tomato paste, soup, sauce, juice, or diced tomatoes as a base… I even saw one that called for Spicy hot V8… and I think my mom always used soup. Tomato paste is usually bitter, so I figured the tomato soup would counteract it. All of the spices should be rockin’. I like my chili thick.

Oh yeah, about 1/2 the ground meat was cooked w/ some seasoning salt & A1.

Here’s what basically went into my chili. I’ll probably eventually make a blog about it with a narrative so I can remember what I did this time for next time… to see what I wanna change or what I wanna do again. 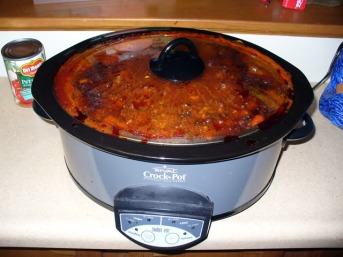 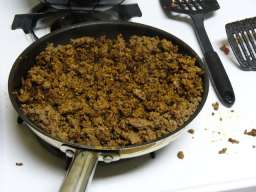 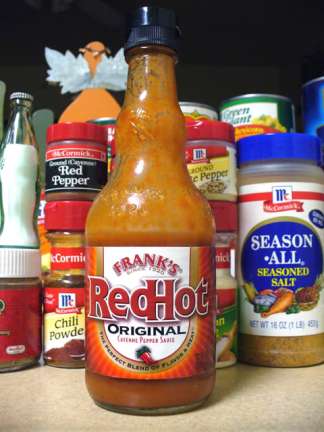 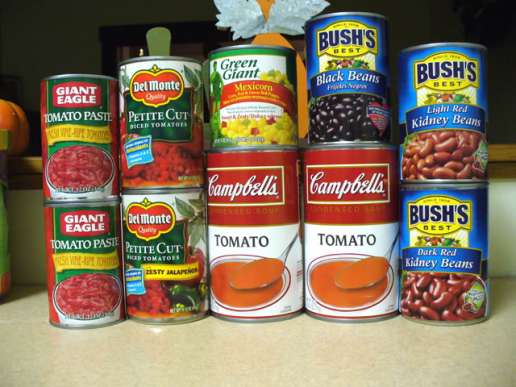 I ended up only using the one can of diced tomatoes (the one with jalapeños) and still kind’ve overflowed the pot by a small amount. So, next time I may cut out one can of tomato soup or a can of beans. Also, I want to try garbanzo beans in my next batch… and I’ve heard chocolate powder goes good in chili some times… so I wanna try that one day too.

I also tossed in 2 slices of Velveeta ripped apart, a dash of spicy brown mustard, and a drop or 2 of A1 Cracked Peppercorn Steak Sauce.

I think the meat that I used was too fatty or I didn’t drain enough fat (…even though I got a about ⅔ of a regular sized plastic cup full of fat out of it). I had to skim some excess grease off of the top when I popped it open this morning.

I’ll let you know the general consensus after it’s been consumed.

I must have pinned this at some point, too.  Someone re-pinned it here…

I think it was a joke about Pepto because this chili killed my guts, even served over mashed potatoes.

Share your chili recipes with me in the comment section below.  Don’t be a jag and sit on your secret ingredient(s).  Is it cocoa powder?  Chocolate bars?  Corn?  Zucchini?  Cinnamon?  Potatoes?  Steak?  Instant potato flakes?  Cornmeal?  Chupacabra?

How do you serve it?  In a bowl?  Over baked or mashed potatoes, rice,or spaghetti?  With soft pretzels or cornbread?  With tortilla chips or crackers?

How do you cook it?  Crock pot?  Dutch oven?  Stove top?  Over a campfire?

Do you like the Hormel canned stuff or the stuff from Wendy’s?  Who makes your favorite?