“arrange the rolls in a circle on a plate”

Oh man.  Does anyone remember my W(aL)D email shenanigans from a decade ago?

One such adventure was writing to Totino’s to ask if they had recommendations for microwaving more than 6 at a time.  They wrote back.  I asked them if I needed to arrange the rolls like wagon wheel spokes or like wagons on the Oregon Trail circling for protection.  I even got some 35¢ coupons that I considered as a research grant.

Remember when I wrote to @totinos and asked them for instructions on microwaving more than 6 pizza rolls at a time? https://wp.me/pwqzc-70 You're welcome. Here I am, pushing scientific research and innovation. 🧪🧫🔬⚙⚛🍕

I won! Information for the people! Research to benefit the masses!

Really though.  This brings up a new series of questions.

When did just arranging in “a single layer become” acceptable?  Who does Totino’s think they are discarding the time-honored tradition of microwaving things in a circle?  Did we learn nothing from our ancestors at Stonehenge?  Did they consult the Softstix team over at SuperPretzel, or just roll forward (pun still intended) with wild abandon?  How do you summon the flavor spirits without the ceremonial circle? 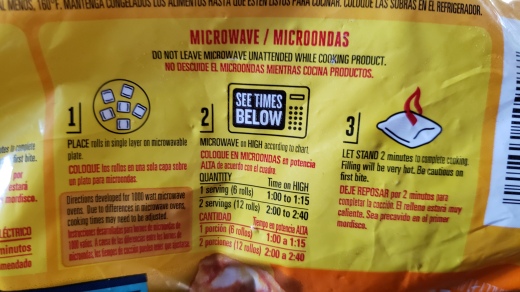 Made these with the wife today, and they were delicious.

Dump the roast and beer into the crock pot over top of the sliced apple and onion. Set it on low for 8 hours. Pull out to rest for a bit, then shred with a fork.

Mix dressing together, pour over shredded rabbit food, cover & let chill for a bit in the ‘fridge.

Build a damn sandwich. Do I really need to explain how to do that?

Trust me, this is delicious.

This topic was by my friend Laurel the other night at the Dropkick Murphys Shamrock-N-Roll tour.  I know I’ve had this conversation before with others.  I decided to take it & digitally run with it.  Stereotypes are generally a bad idea, but they sure are funny.  A punk rock show, or really any show… is full of them.  I’ll start a list.  You’ll contribute in the comments.

I know I’m missing more than a few that I see regularly, but I’m hoping someone else will think of them too… so I’m not all alone here.  What about the kid with headphones?  The super-fan?  The crying girl?  The PDA couple?

Please, leave the name of your concert-going stereotype in the comments section below.  If you’re feeling creative, how about a description too?  If you have landed here via Facebook or Twitter & you’re still logged in there… you can comment below with no hassles.  You can also just comment w/o logging in.  WordPress just asks for a name & an email address to go along with your comments, with the option of a URL.

Perhaps I’ll compile another blog with all the results, perhaps they’ll just live in the comments section… but I need your help making the list! 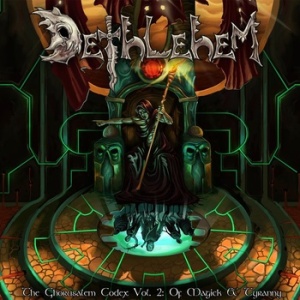 Listen to this and try to tell me I’m wrong:  Dethlehem “Hypergates of Infinitude”  It’s one of my favorite tracks off of the album.

I’m big a fan of their first album, but this one blows it away in terms of recording, production, and overall album cohesiveness.  The interludes in between songs have become a much better over-all narrative to help guide you along the quest.  (The full story is coming soon to their website.)

Bovice and Hildor are the six-string men-at-arms, and the musicianship here makes me sick.  The guitars are ridiculous, it’s almost too over the top… but with what Dethlehem has going on, it needs to be ridiculous.  I’m talking shredding, sweeps, blazing riffs, and all manner of fretboard insanity.  If I didn’t know these guys, I’d hate them… they make a punk rock power chord chump like me almost too embarrassed to pick up a guitar.  Luckily for the Ernie and the Berts fan(s), I have no shame.

A slight lineup change on this album, Davidicus the Black replaces Galagore… not sure what the official story is, if Gallagore was eaten by a dragon or transformed into a toad by an evil witch or what.  Davidicus is a wizard, and adds a dynamic both in story & in playing style.  You can hear less doubling of guitar parts by the bass, more restraint where called-for musically, and stomping all over the place where appropriate.

Overlord Brom bangs on the drums like nobody’s business, and even my untrained ear can tell there’s all manner of math going on here with time-signature changes.  This is not 4/4 rock n’ roll.  Plus, when he plays live… he starts out with a bucket-like Helmet on his head where it must be impossible to see anything.  (By the way, funniest character voice ever in the narratives.)

Lord Bonecrush has developed what I can only call a battle-hardened confidence in his vocals.  While they were strong on Vol. 1, on Vol. 2 they’ve progressed to a point where any shred of vocal uncertainty is gone.  The vocals are honed sharp like any good weapon should be before going into battle… yet there’s a double-edge… clean for slicing backed up with growling with a ferocity akin to aurally ripping you asunder.  The backing vocals also stand out a little clearer on their own on this one… not sure who’s where… but it’s all done sparingly, tastefully, and appropriately.

While not a technical review by any means, I hope to have conveyed the overall feel of the album, and to have piqued your curiosity.

These guys put on an incredible live show… I suggest you buy the album to learn their songs, and then go see them when they come to plunder and pillage a venue near you.  I’m not sure if you can fully appreciate the epic-ness through just a recording or video.  They’re on tour now if you can catch them!

(In the interest of full disclosure, this may not be a completely objective review… I do know the guys, and they awesomely thanked me in the liner-notes of this disc…  But I’d like to think that those who know me know I wouldn’t push crappy music on anyone.)

None of the pre-made sauce either.

It needs to go on a nice roll, like Cellone’s.  I never added cheese as a kid, but I like it with a nice Swiss or Brick cheese these days.

I’ve done a large amount of this in a crock pot… several pounds of meat, then eye the ketchup & Coke.