Made some chili the other day.  I don’t think I’ve ever made it the same twice, but I dig that.  This time, I puréed some fresh & roasted peppers, and added hominy.  Next time, I’ll try less tomato stuff.  Maybe less spices.

This batch caused some absolutely ridiculous gastrointestinal distress.  I had to employ both Vernor’s & Pepto.  Serving leftovers over some creamy buttermilk mashed potatoes helped a little, but not much. 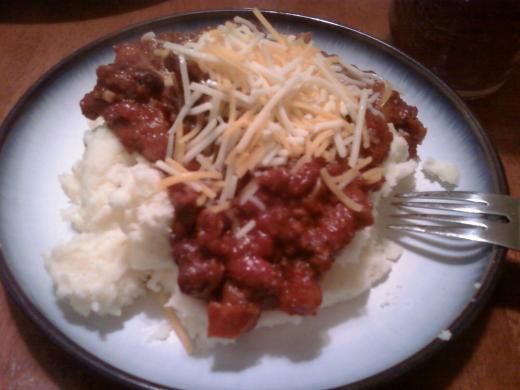 Anyone ever use anything in your chili to cut down on heartburn or any other side-effects?  I rinsed the beans (black & kidney here).  My grandma said baking soda may help, but I think that’s for gas from the other end.

I think the peppers or spices are what got me here… maybe the garlic.  I burped so much after drinking a little Vernor’s that I actually amazed myself.  Where did all that air come from?  Surely some spectacular chemical reactions where going on inside my stomach.  SCIENCE!

Think Vernor’s would be a good ingredient in the chili?  What about Pepto?  How about some Tums?

6 thoughts on “So, Pepto-Chili may not be a good idea…”